Seyfarth Synopsis: Pending new bills that have now passed their house of origin would (i) expand DLSE enforcement authority, (ii) impose advance scheduling requirements on restaurant, grocery, and retail employers, (iii) extend Fair Pay Act provisions to additional protected classes, (iv) require employers to disclose pay scales to applicants while prohibiting employers to ask about salary history, (v) forbid employers to obtain or consider certain criminal history in their employment decisions, (vi) require retail and grocery establishments to pay double wages on Thanksgiving, (vii) forbid employers to require extra documents to verify authorization to work and create a new right of action for victims of “unfair immigration-related practices,” and (viii) expand the scope of parental leave. We will continue to monitor these bills to see if they reach the Governor’s desk. 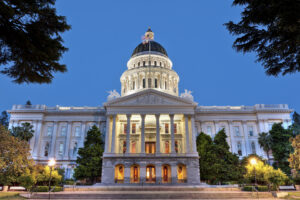 Gideon Tucker, a 19th century jurist, once famously observed: “No man’s life, liberty or property are safe while the Legislature is in session.” Can California employers be blamed for harboring similar sentiments now? Friday, June 3rd, marked the last day for bills to pass out of their house of origin in the California Legislature. Here is a summary of some key employment bills that made it through (followed by some significant bills that did not). Each will pose further challenges to California businesses if it becomes law.

DLSE Enforcement Actions. AB 2261 would grant the Department of Labor Standards Enforcement (DLSE) new independent authority to, without an employee complaint, bring an action against an employer who terminates or otherwise discriminates against an employee in violation of any law under the jurisdiction of the Labor Commissioner. AB 2261 builds upon AB 970, which the Governor signed into law last year, and which we wrote about here.

Work Hours. SB 878 is similar to AB 357, the Fair Scheduling Act of 2015, which did not make it out of the Assembly, and which sought to build upon the San Francisco Retail Workers’ Bill of Rights.  SB 878, dubbed the Reliable Scheduling Act of 2016, would require that restaurant, grocery, and retail employers provide non-exempt employees with a 21-day work schedule in advance of their first shift on that work schedule. While AB 357 would have required 14 days’ advance notice, SB 878 would require at least seven days advance notice. SB 878 would require employers to pay “modification pay”—defined as compensation in addition to regular pay (the hourly rate calculated based upon 90 days prior)—if any scheduled shift is canceled, moved, or added, and for each shift for which an employee is required be on call but is  not called into work. The bill would require employers to post a poster—to be created by the Labor Commissioner—publicizing this right to modification pay.

Pay Equity Expansion. SB 1063, which we discussed here, is dubbed the “Wage Equality Act of 2016.” The bill would build upon the gender-based amendments to Labor Code section 1197.5 made by last year’s highly publicized Fair Pay Act. The bill would extend Fair Pay Act provisions, virtually verbatim, to pay differentials relating to race and ethnicity. As such, SB 1063 would prohibit employers from paying employees a wage rate less than the rate paid to employees of a different race or ethnicity for “substantially similar work”— as determined by skills, effort, responsibility, and working conditions—unless the employer demonstrates the wage differential is based entirely upon one or more specifically enumerated factors.

Salary Information. AB 1676 is a redux of 2015’s AB 1017, which the Governor vetoed (and we discussed here). AB 1676, just like the vetoed bill, would prohibit employers—including state and local governments—to seek an applicant’s salary history information.The Governor’s veto message on AB 1017 stated that we should wait to see if the Fair Pay Act addresses the issue, and that he did not think AB 1017’s broad prohibition on employers obtaining relevant information would have any effect on pay equity. AB 1676 not only calls the Governor’s bluff in this game of legislative poker; AB 1676 would also raise the stakes by requiring employers—other than state and local governments—to, upon reasonable request, disclose to job applicants the pay scale for a position being filled. If AB 1676 makes its way to the Governor’s desk, then we will see if he has had a change of heart. Similar provisions appear in new and pending pay equity legislation in Maryland and Massachusetts.

Criminal Records. AB 1843 would prohibit an employer from asking an employment applicant to disclose, or from utilizing as a factor in determining any condition of employment, information concerning specific juvenile court actions or custodial detentions.  Read more about existing California law on background checks here.

Double Pay on Holiday – 2016 Edition. As we reported, the Double Pay on the Holiday Act of 2015 failed passage out of the Assembly. Its author, Assembly Member Gonzalez, ordered it to the inactive file. It now has lurched back into life.  AB 67 is moving again, with one limb removed. The Double Pay on the Holiday Act of 2016 eliminates the prior version’s proposed application to Christmas and now would apply only to Thanksgiving. AB 67 would require retail and grocery store establishments, as well as restaurants located within them, to pay at least twice the regular rate of pay for employees who work on a “family holiday,” defined as the fourth Thursday of November of each year. Most of us know that day as Thanksgiving.

Unfair Immigration-Related Practices. SB 1001 is a redux of 2015’s AB 1065, which was held in committee (and which we reported here). SB 1001, like AB 1065, would make it an unlawful employment practice to request more or different documents than required under federal law relating to verification that an individual is not an unauthorized alien, or to refuse to honor documents tendered that on their face reasonably appear to be genuine, or to attempt to reinvestigate or re-verify an incumbent employee’s authorization to work unless required to do so by federal law. New in this year’s bill would be a private right of action for job applicants and employees who suffer an “unfair immigration-related practice.”

Parental Leave. SB 1166 would prohibit state and local governments and small private employers (those with as few as ten employees) from refusing to allow employees to take up to 12 weeks of parental leave to bond with a new child within one year of the child’s birth, adoption, or foster care placement. This bill would also prohibit employers from refusing to maintain and pay for coverage under a group health plan for employees who take this leave. This bill comes on the heels of AB 908, signed by the Governor earlier this year, which increases the amount of benefits paid to employees on paid family leave and state disability leave. Read our report on AB 908 here.

Significant Bills Stuck in The House of Origin

Human Trafficking Training. AB 1595 would have required public and private mass transportation providers (bus, train, light rail, etc.) to provide human-trafficking training to their employees who are likely to interact with victims of human trafficking.

PAGA Reform. None of the bills in this year’s five-bill Private Attorneys’ General Act (PAGA) reform package made it out of the Assembly.  Those bills were:

We will continue to monitor and report on these bills, as well as any other significant legislative developments of interest. Let your favorite Seyfarth attorney know if you have any questions.