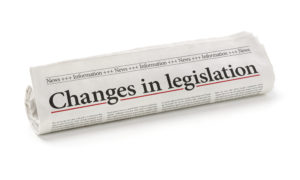 From high profile cases in Hollywood to the Silicon Valley, to high-profile legislation, gender pay equity has been top of the news in the past year.  On January 1, 2016, the California Fair Pay Act — widely publicized as the toughest (gender) pay equity law in the nation — became effective.  Other states (Massachusetts, New Jersey,…
END_OF_DOCUMENT_TOKEN_TO_BE_REPLACED

While much of the information in the updated FAQs…
END_OF_DOCUMENT_TOKEN_TO_BE_REPLACED

The California Legislature seems intent on ending piece-rate pay as we have known it. A law effective January 1, 2016, goes beyond the previously discussed Bluford and Gonzalez decisions to mandate that employees who earn piece-rate wages be paid a special, separate rate for rest and recovery periods, as well as for all “other non-productive time.” Further, that rate will…
END_OF_DOCUMENT_TOKEN_TO_BE_REPLACED The key proposed amendments include:…
END_OF_DOCUMENT_TOKEN_TO_BE_REPLACED The proposed bills we’re watching most carefully are:…
END_OF_DOCUMENT_TOKEN_TO_BE_REPLACED On March 26, 2015, Assembly Member Lorena Gonzalez – the author of California’s Paid Sick Leave law, the Healthy Workplaces, Healthy Families Act of 2014 (the “Act”) – introduced amendments to that law. The vehicle for those amendments, Assembly Bill 304, was re-referred to the Assembly Committee on Labor and Employment to be set for hearing.
END_OF_DOCUMENT_TOKEN_TO_BE_REPLACED The California Legislature adjourned in the wee hours of the morning on August 30, in advance of the official August 31 close of the 2013-14 Legislative Session.  It sent a number of employment-related bills to Governor Brown for consideration by his September 30, 2014 deadline to sign or veto the …
END_OF_DOCUMENT_TOKEN_TO_BE_REPLACED Yesterday Governor Brown signed into law SB 292, by Senator Ellen Corbett, which amended the definition of harassment because of sex in the Fair Employment and Housing Act to specify that sexually harassing conduct need not be motivated by sexual desire.

The stated intent of the bill is to overturn the decision in Kelley v. Conco Companies, 196 …
END_OF_DOCUMENT_TOKEN_TO_BE_REPLACED